Scientists at Vanderbilt have discovered a new class of human antibodies specific to a novel target for the detection, prevention, and treatment of influenza A viruses (IAV). Using structural characterization, they have identified a novel antigenic site on the hemagglutin (HA) head domain that may be targeted by multiple antibodies simultaneously in a non-competitive manner. They found that administration of these antibodies against an otherwise lethal challenge with viruses of H1N1, H3N2, H5N1, or H7N9 subtypes confers protection when used as prophylaxis or therapy against major IAV subtypes that are pathogenic to humans. These antibodies may prove effective as a universal influenza treatment or in the design of a universal influenza vaccine.

Influenza A viruses naturally infect humans and routinely cause mild to severe respiratory illness. IAV are also highly variable, with multiple subtypes typically circulating among humans at any one time. This inherent variability makes the development of IAV vaccines a moving target. Seasonal influenza vaccines are developed based on a prediction of which virus subtype will be most common for the season and typically only provide protection against that subtype. This can lead to severe flu seasons if the prediction is incorrect and is why current flu vaccines require annual updates. Most influenza vaccines are targeted based on the HA head domain, a viral surface protein required for attachment to host cells, which is variable among different subtypes of influenza. However, Vanderbilt scientists have identified that more universal protection against IAV is possible using antibodies targeted to a novel, highly conserved epitope on the HA head domain. Once attached at their target site, the antibodies flag the viral particles and virus infected cells to inhibit virus replication. These antibodies may be used in the development of a universal influenza vaccine and also may be effective in treating those already infected with IAV, including patients that are pregnant or undergoing fertility treatments. 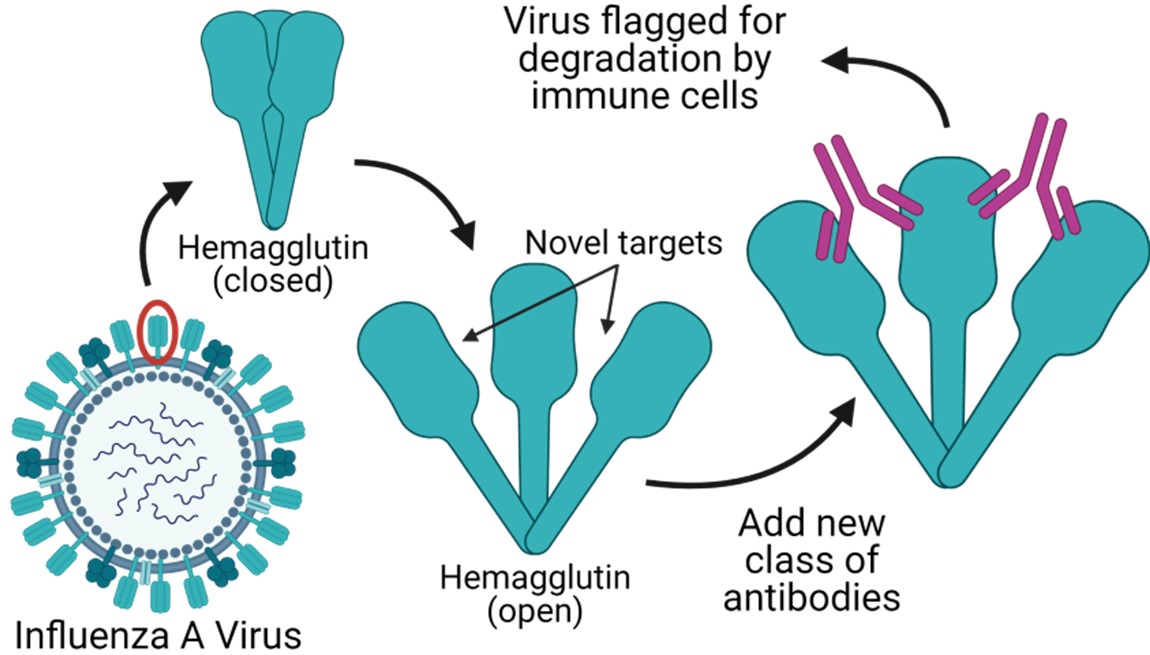 Patent applications have been filed.